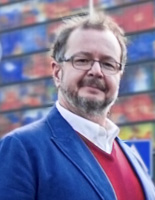 Hazem started his professional media career and experience in 1990, Amman, Jordan. Throughout his career, he always pursued starting his own projects and businesses when the opportunities arise. He co-established Illusion Computer Animation and Design (ICAD) in Jordan, and partnered with TeleMax Productions in Jordan in 1999. After departing from TeleMax, he setup his own boutique production house, Q-ABL, in Jordan (2003 – 2005).

In 2005, he was headhunted by MBC Group (the leading Arab broadcaster), and relocated to Dubai as a Senior Promotion Producer for Al-Arabiya News Channel, and later as Promotion Manager for MBC digital.

After spending five and a half years with MBC, he saw an opportunity in the Arab market for a production company that specialises in Sustainability. He left MBC and established TreeHouse Media FZ-LLC in August 2010, a Film, TV and Radio production company in Dubai Media City.

In 2016, he started planning his next endeavour, and wanted to move forward with his media career to the next level. He wanted to help people connect. With his eyes set on the Netherlands, due to its central location and infrastructure (as well as de heerlijke stroopwafels), he started planning for Write to Left Media. In 2018, he realised his ambition when he established the company in Hilversum Media Park, and started operations in 2019.

Hazem also performs as a voice over artist/actor, and a communications advisor. He speaks Arabic and English proficiently, and is learning Dutch.